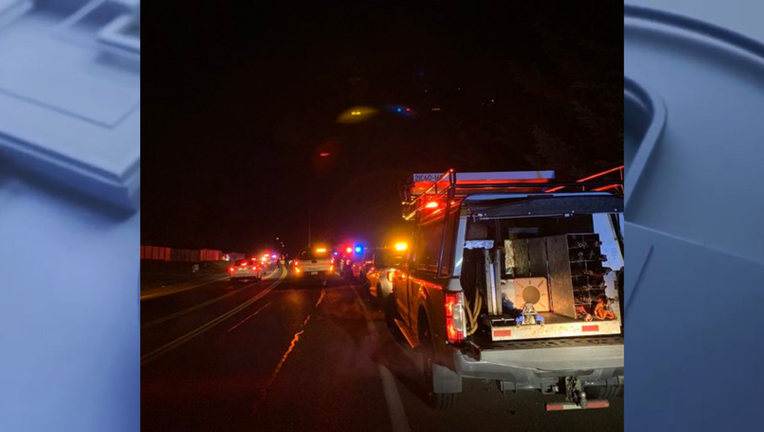 YELM, Wash. - The Washington State Patrol is investigating a crash that killed a teen and injured two others late Tuesday night in Yelm.

According to the state patrol, the car left the roadway, struck a tree and then a telephone pole.

Investigators said one of the passengers, a 16-year-old girl, died at the scene.

The driver, a 17-year-old girl, and a passenger, an 18-year-old woman, were injured and taken to the hospital. Their conditions are unknown.

Trooper Robert Reyer told FOX 13 News that "some form of distraction caused" the driver to veer off the road. It’s unknown what distracted the driver, and it is still under investigation. He also said he doesn’t believe that it was impairment.

The crash had blocked the roadway for nearly five hours.