The silo had 50 tons of corn in it when it collapsed.

First-responders were hoping the missing person found an air pocket and was still alive. Three employees were able to escape the collapse, without injury, Vellias said.

Because the collapsed silo was leaning next to another silo, a structural engineer was called in to help stabilize it, Vellias said. But rescue operations weren't expected to continue until the morning. 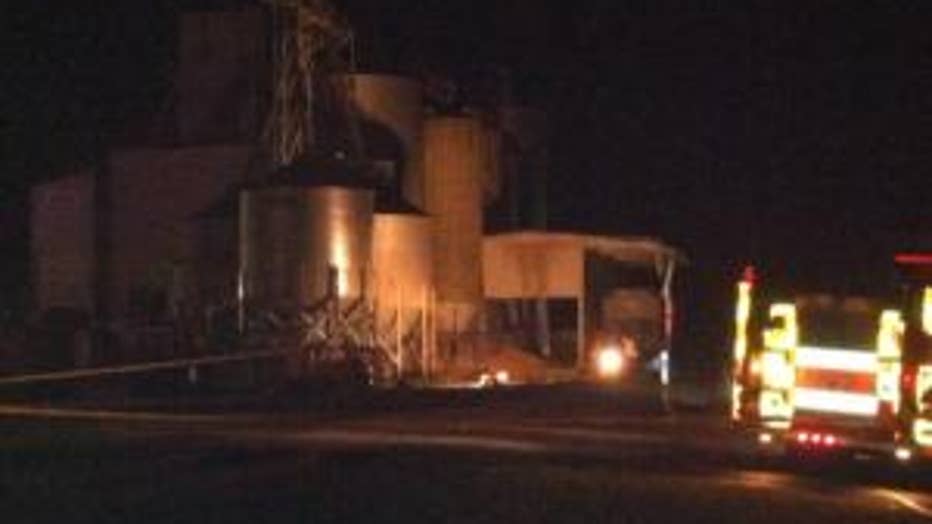