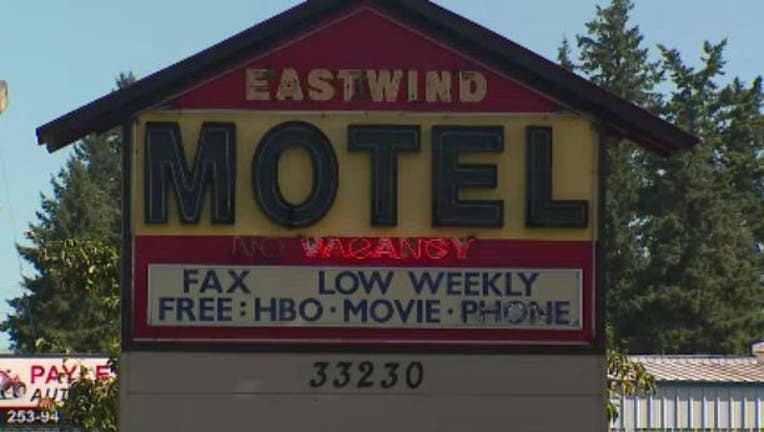 FEDERAL WAY, Wash. - Federal Way police are investigating after two men were shot at a motel on Pacific Highway South on Sunday.

Around 6:35 a.m., dispatchers received a call about a shooting at Eastwind Motel.

A 34-year-old man succumbed to his injuries at the scene despite life-saving efforts from medics. A 28-year-old man was sent to a nearby hospital with life-threatening injuries.

An early investigation indicates that the two men knew each other, got into a fight and at some point, both men were shot.

There do not appear to be outstanding suspects., Federal Way police said.