SNOQUALMIE, Wash. -- One person was killed and another was injured Wednesday when a driveline suddenly came rolling out of nowhere on State Route 18 near Tiger Mountain.

The Washington State Patrol said that when one driver saw the driveline, he swerved to avoid it, but ended up in oncoming traffic, where the car was hit broadside by an SUV. He was killed and the other driver was seriously injured.

The Washington State Patrol said they don't know if a driveline came from, but since there was no disabled vehicle in the area, they believe it might have been an unsecured load and fell off of someone's truck. 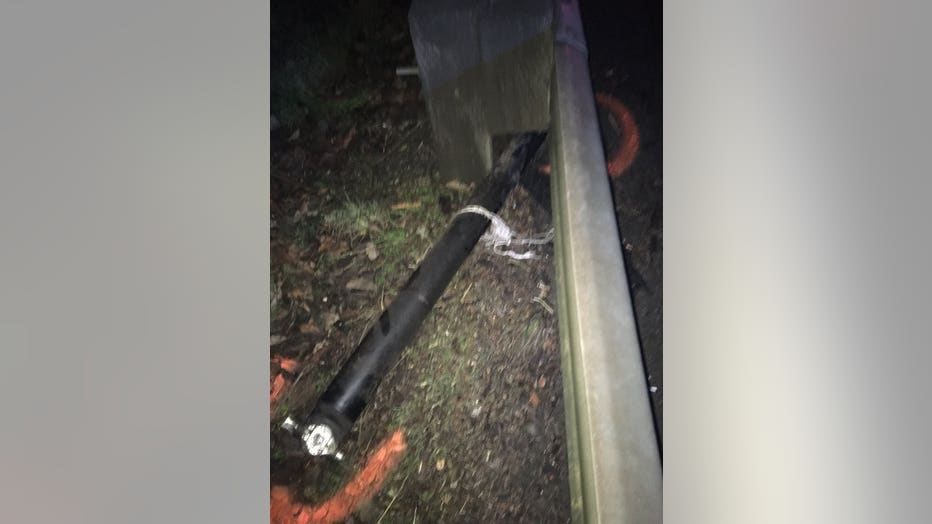 A photo of the driveline on SR 18.(Photo: Washington State Patrol) 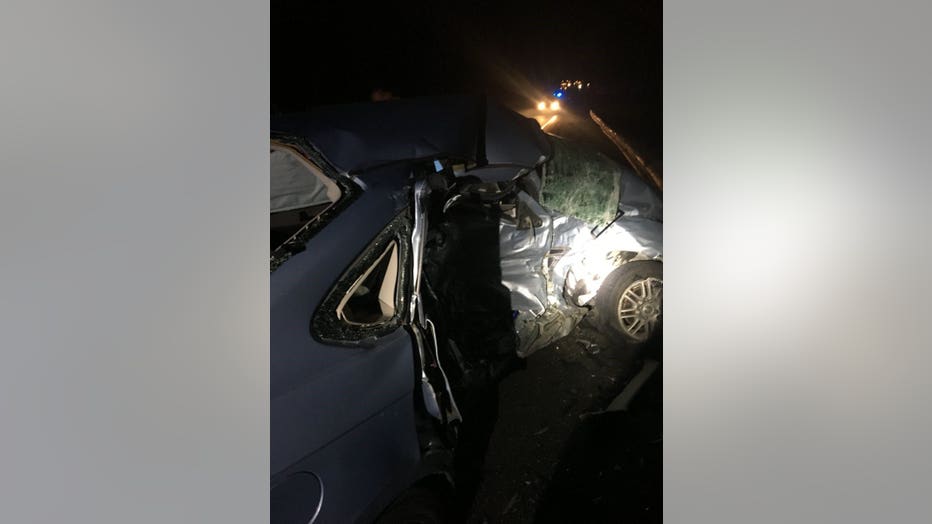