Nick Saviers said he was in the Capital Mall in Olympia on Oct. 26, when his van was stolen with his all-black female cat in the back. Saviers said ‘Precious’ was staying in her soft gray-colored crate wearing a gold, white and black body harness.

OLYMPIA, Wash. - Olympia Police have identified one of two suspects accused of stealing a man's van with his cat still inside.

According to authorities, 26-year-old Jade Gibson was identified as one of the suspects who stole Nick Saviers' van and cat ‘Precious’ from the Capital Mall on Oct. 26.

Saviers told FOX 13 he was in the mall when his van was stolen, with his all-black female cat in the back. Saviers said Precious was staying in her soft gray-colored crate wearing a gold, white and black body harness. 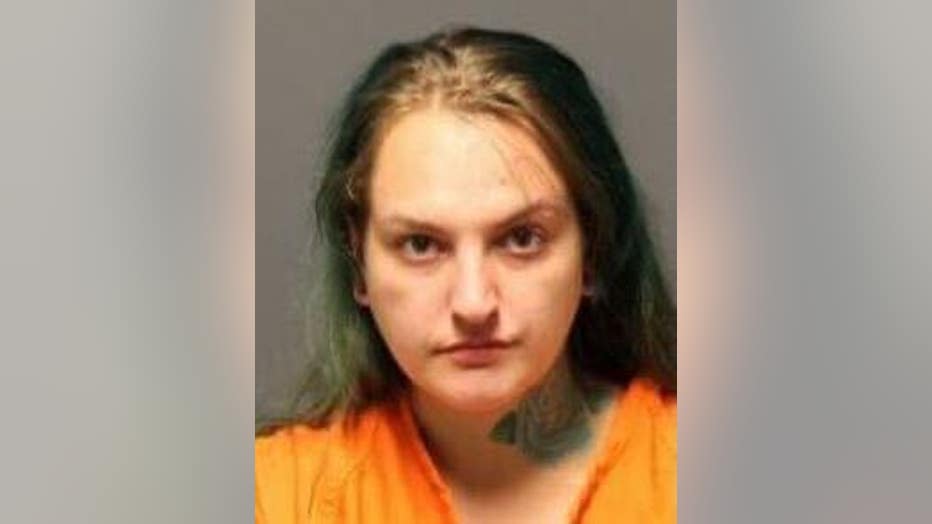 His van was found trashed in Tukwila in late October. Precious and her crate are still missing.

Gibson currently has a bench warrant for her arrest in Pierce County where she has been charged with motor vehicle theft and unlawful possession of a stolen vehicle. She didn't show up to court on the felony charges related to a carjacking last year in which Bonney Lake Police say she and her boyfriend forced a man out of his truck at knifepoint.

Gibson also has another bench warrant in Pierce County for not showing up to court on a charge of theft. Tacoma Police say they caught her stealing a large amount of clothes from the Ross store. According to court documents, she told officers she was stealing to support her drug habit.

RELATED: 'Cannot say there is no threat to the community:' Suspect still sought in murder of 4 U. Idaho students

If you see her, call 911. Because of jail booking restrictions right now involving property crime suspects in Pierce County, authorities say it is unlikely she will spend more than a night in jail, but officers can ask her where to find Precious.