POULSBO, Wash. - The Poulsbo Fire Department responded to two nearly-simultaneous house fires on Monday morning. One of those fires resulted in a man being killed and his husband being hospitalized.

Around 4:27 a.m., Poulsbo fire crews were called to a home on Viking Avenue after an automatic fire alarm was activated. The alarm company contacted the homeowner, who was out of town. That homeowner called a neighbor to check on the house and the neighbor reported that the house was full of smoke.

Because of the early warning, firefighters were able to put out the fire before it could cause more damage.

No one was injured and the homeowner has insurance. The cause of the fire is unknown at this time. 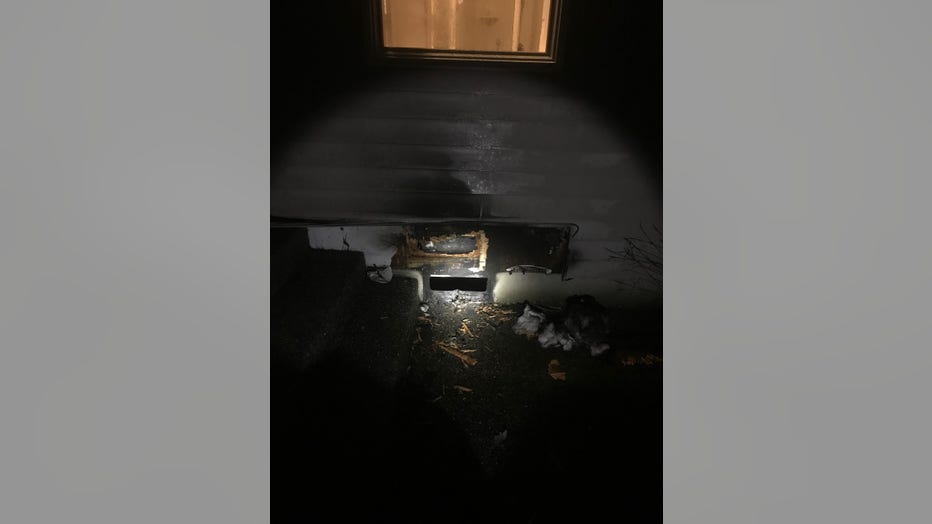 Photo from the Poulsbo Fire Department

Minutes later in the second incident, crews were called to the Sawdust Hill neighborhood for another house fire.

Initial reports to dispatch indicated that a man was trapped on the second floor and that the house was fully engulfed in flames.

Since Poulsbo Fire Department crews were already committed to the first fire several miles away, units from North Kitsap Fire & Rescue Central Kitsap Fire & Rescue and Bainbridge Island Fire Department responded. However, they were hit with difficult conditions when trying to get to the burning home. The roads were slippery and the route to the home was blocked by fallen trees.

When the first crews arrived at the scene, about 15 minutes after the initial dispatch, they said a portion of the two-story home had collapsed. 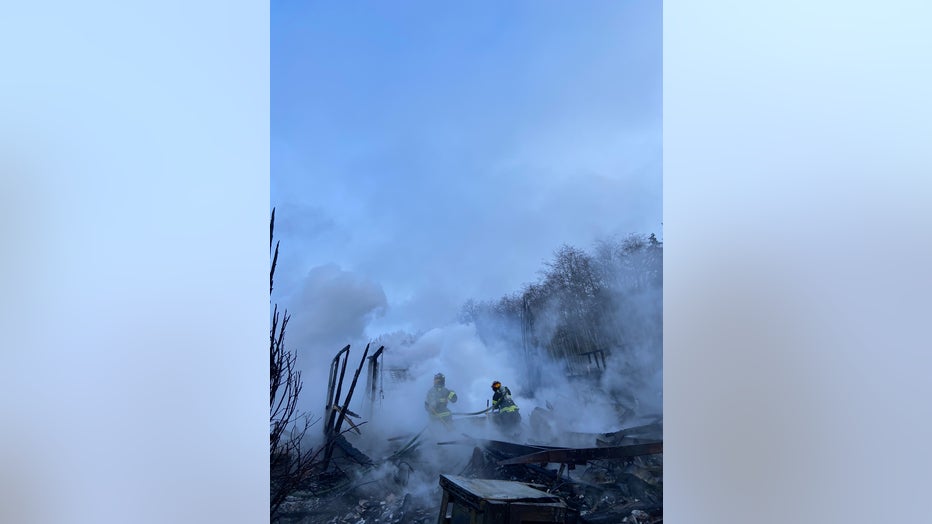 With the nearest hydrant several miles distant, water had to be shuttled to the scene by tender trucks.

One of the occupants of the home was able to get out and go to a neighbor's home to call 911. He told firefighters that he and his husband were the only occupants in the home at the time, and that his husband stayed inside to locate a fire extinguisher when they were first alerted to the fire. The man told firefighters he ran outside to get a garden hose and that the flames kept him from going back inside.

He was treated by medics at the scene and sent to St. Michael Medical Center in Silverdale.

Around 5 p.m., the body of the man trapped inside was recovered from the burned down home.

The man who was able to escape said they were both made aware of the fire on the first-floor from their second-floor fire alarms. Firefighters say that while working smoke alarms can provide vital early warnings for fires, it's important to evacuate and call 911 quickly.

Both fires are being investigated, and they are not believed to be related.