SEATAC, Wash. -- A gunman shot and killed an out-of-town construction worker after a "verbal altercation" in a Motel 6 parking lot in SeaTac Wednesday night, the sheriff's office said.

At the same time, another man was wounded when a stray, random bullet passed through a wall and hit him in the back, said Sgt. Cindi West, the public information officer for the King County Sheriff's Office.

The other two constructions workers were uninjured, she said.

But another bullet from the same gunman passed through a wall of the motel and struck a man in his room who had just gotten out of the shower and did not know any of the other individuals, she said. The man was hit in the back and received what was believed to be a non-life-threatening injury, she added.

The suspect -- described as a black man possibly in his 20s -- then fled. He was believed to be wearing a gray hoodie and dark pants, West said. 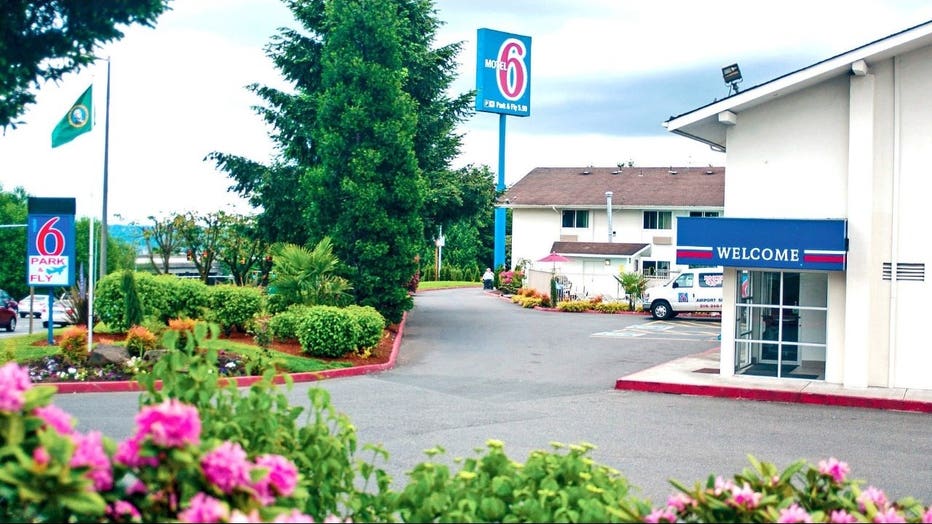