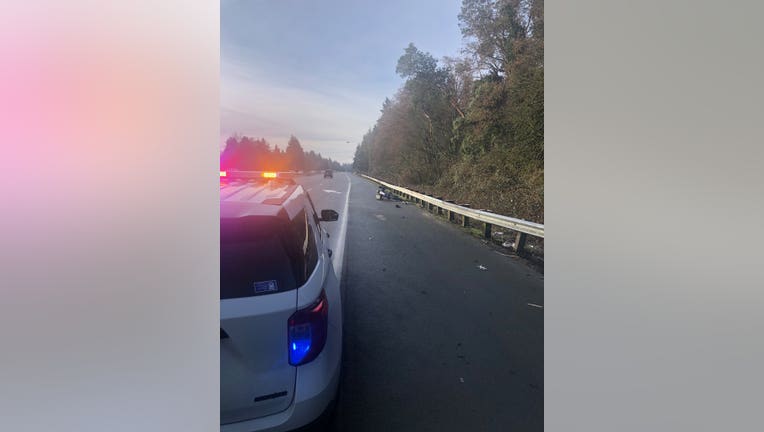 BURIEN, Wash. - One person was killed in a motorcycle crash Monday morning in south King County.

According to the Washington State Patrol, the crash happened early Monday on southbound State Route 509 just north of 128th. The motorcycle was the only vehicle involved.

Troopers said the person on the motorcycle died.

It's unclear what led to the crash and no further details have been released.

Two lanes were of SR 509 south were blocked during the investigation.