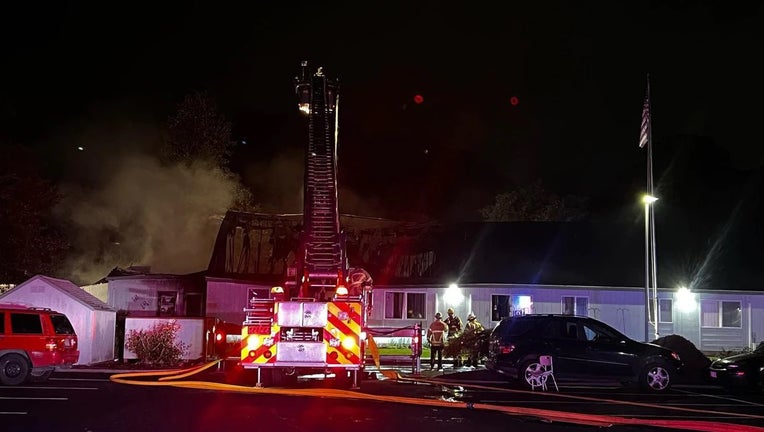 ST. HELENS, Ore. - One person was killed and five others hurt when in a fire at a retirement center in Oregon just after midnight Wednesday.

FOX 12 Oregon reports that Columbia River Fire & Rescue was called to the Columbia Hills Retirement Center. Nearly 30 people were evacuated from the center and six of them had to be pulled out by firefighters.

One resident died and five others were taken with unknown injuries to a nearby hospital.

A police officer and a firefighter had minor injuries.

Residents who were forced from their homes were being taken to a nearby hotel where they will get assistance from the Red Cross.

No further details have been released. Fire crews remained on the scene to put out any hot spots.