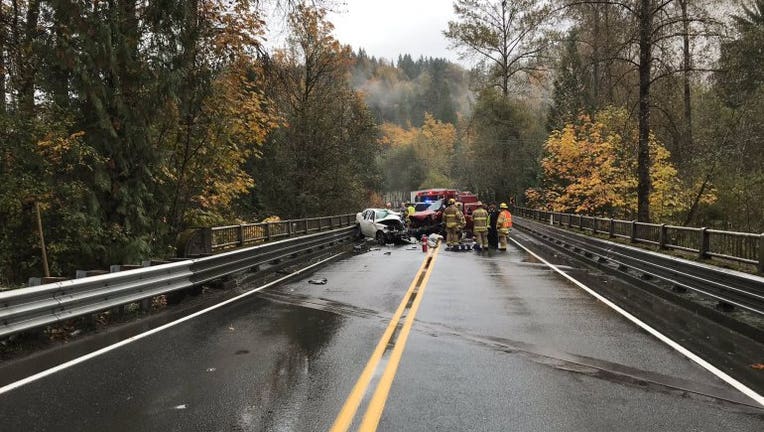 PRESTON FALLS, Wash. -- One person died and another was injured in a crash Wednesday morning near Preston.

According to Eastside Fire & Rescue, one driver died at the scene. A second person was taken to a nearby hospital.

Crews asked people to avoid the area of Preston Fall City Road and SE 68th St. during the investigation, which deputies said would last several hours.