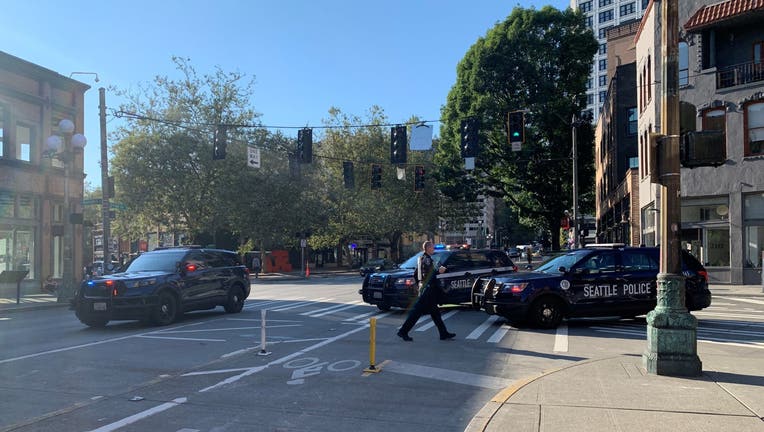 Officers were called to S Washington St and 2nd Ave Ext S around 5 p.m. to reports of a stabbing. They found a 39-year-old man with a knife wound to his leg.

Seattle Fire Department medics treated him and took him to Harborview Medical Center in serious condition.

According to police, the suspect and victim likely knew each other, and were arguing before the suspect stabbed him.

Witnesses told officers the suspect was a Hispanic man wearing a construction vest over a long-sleeve black shirt, jeans and a hat.

Anyone with information on the stabbing or suspect is urged to call SPD’s violent crimes tip line at (206) 233-5000.