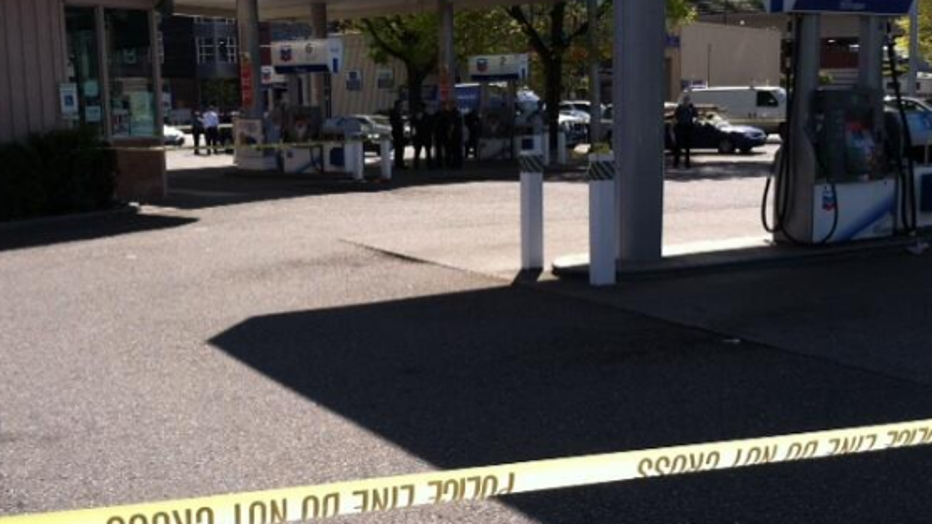 SEATTLE -- At least one person was injured in a shooting Tuesday afternoon at a gas station in South Seattle when a gunman opened fire on a passing car.

According to the Seattle Police Department, officers were called to reports of a shooting at 1:45 p.m. at a Chevron station near the intersection of Rainier Avenue South and South McClellan Street.

At least one man in his 20s was taken to an Harborview Medical Center with non-life-threatening injuries to his leg.

Police described the suspect as a black teen with short black hair. He was last seen running from the scene.

Anyone with information on the shooting is encouraged to call Seattle police.