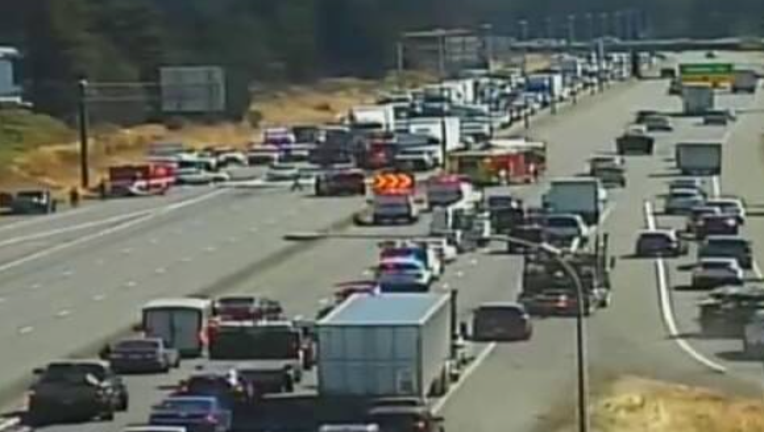 LAKEWOOD, Wash. - Traffic was diverted off of westbound SR 512 in Lakewood Wednesday afternoon after a crash involving multiple cars. One person was taken in critical condition to a Tacoma hospital.

According to WSDOT, the crash happened shortly after noon near the SR 512 interchange with Interstate 5.

Traffic was being diverted off of westbound SR 512 onto S. Steele Street for several hours. The highway reopened shortly after 3:00 p.m.

GET THE Q13 NEWS APP FOR BREAKING TRAFFIC ALERTS

It was not immediately known what caused the crash. No further details have been released.