SEATTLE - Seattle police are investigating a domestic violence-related shooting on Tuesday evening that left a woman injured and the suspect dead. 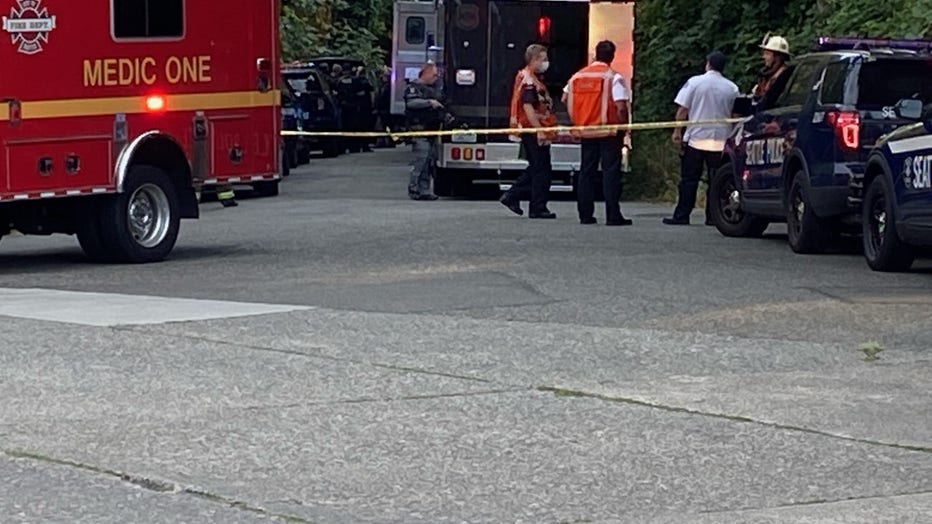 Officers responded at about 5:15 p.m. to a report of a family disturbance. When officers arrived, they heard gunshots inside the home.

Police said a 44-year-old woman came out of the home with multiple gunshot wounds to her legs and told police her son shot her. She was taken to Harborview Medical Center in serious condition. Two people inside the home safely got out and were not hurt.

Investigators said the suspect barricaded himself inside and didn’t respond to police requests to surrender. A SWAT team went inside the home after a warrant was approved to enter and arrest the suspect.

Police said when they got inside, they found the 20-year-old suspect dead from an apparent self-inflicted gunshot wound.