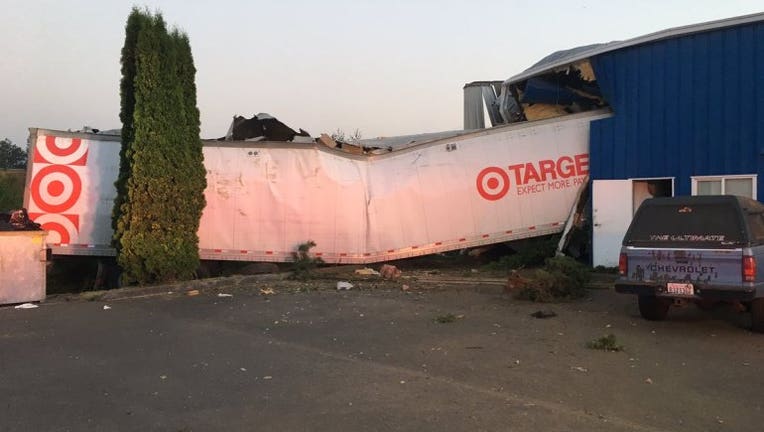 MARYSVILLE, Wash. -- One person was hurt in a crash when a semi truck left Interstate 5 and crashed into a building.

The crash happened early Monday morning. The Target semi was traveling northbound when it left the freeway south of 172nd Street.

Marysville firefighters said a man in his 40s was taken in stable condition to a nearby hospital.

It's unclear what caused the crash.