One person was killed and six were injured in a crash on I-5 in Tacoma.

A semi-truck driver suspected of driving under the influence was taken into custody after a deadly crash Friday morning on I-5 in Tacoma, troopers said.

TACOMA, Wash. - A semi-truck driver suspected of driving under the influence was taken into custody after a deadly crash Friday morning on I-5 in Tacoma, troopers said.

Reyer said one person died and six other people were injured.

Troopers said the driver of one of the semi-trucks was arrested for DUI.

As of 8 a.m., all northbound lanes were fully blocked and drivers are urged to take alternate routes.

This is the second deadly crash involving a semi-truck, suspected of DUI in about a month.

On February 15th, investigators say a semi-truck crashed into a tow truck driver in Milton. The driver in that incident was also suspected of DUI.

According to WSDOT data, 2021 saw an increase in deadly truck crashes in Pierce County.

There was a total of ten deadly crashes that year. In comparison, there was one reported in 2020. 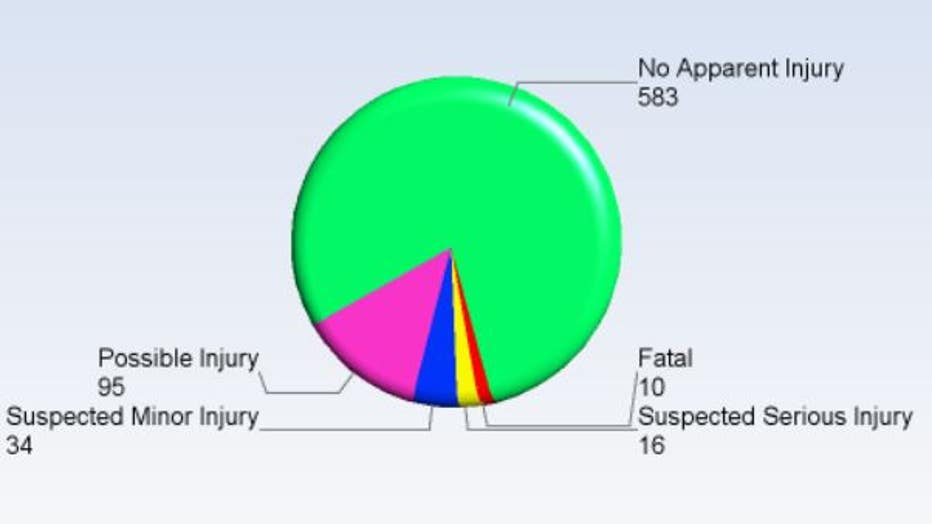