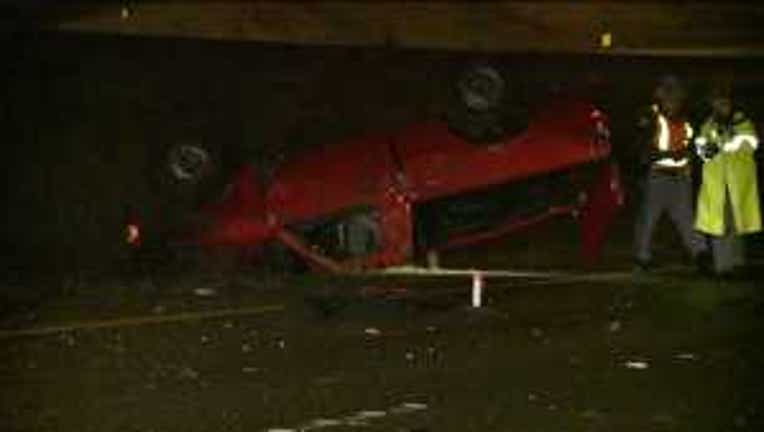 LYNNWOOD -- A 42-year old man from Vancouver was killed early Thursday morning when his truck rolled at an interchange on Interstate 5. The accident happened about 2:15 a.m. on the ramp from southbound I-5 to southbound I-405.

Washington State Patrol deputies said the truck drifted off the road, hit a sign, and then rolled several times. The driver was partially ejected from the truck and was pronounced dead at the scene.

The interchange was shut down for several hours while officials investigated; it re-opened shortly before 6 a.m.