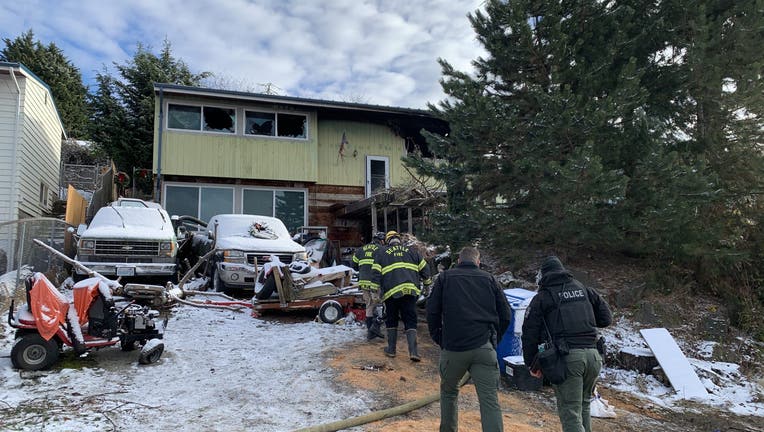 SEATTLE - Seattle Police are investigating what they are calling a "suspicious death" after a woman was found inside a burning Beacon Hill home on Wednesday.

While Seattle firefighters were knocking the fire down, they found a 70-year-old woman dead inside the home.

Detectives from SPD's Arson/Bomb Squad responded to the scene, as well as the Fire Investigation Unit from Seattle Fire Department.

Homicide detectives are currently taking the lead on the investigation.

Detectives have not publicly disclosed what they found to indicate that the woman's death was a homicide.