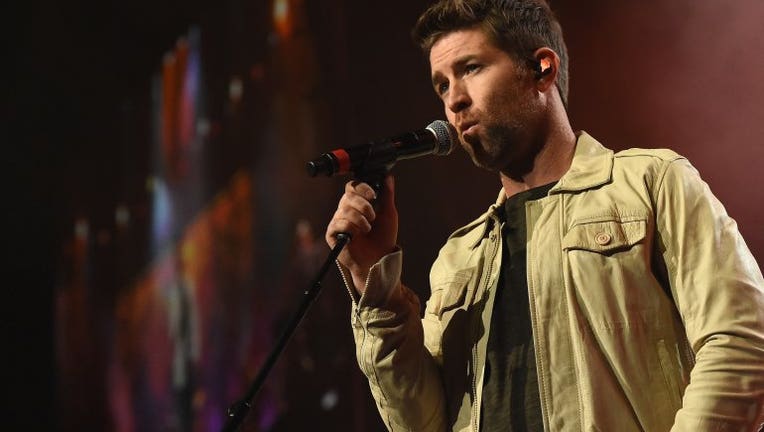 SHANDON, Calif. -- A tour bus carrying members of the road crew for country singer Josh Turner plunged off a cliff in central California, killing one person and injuring seven others, authorities said Thursday.

Turner and his band were not on the bus when it crashed late Wednesday in San Luis Obispo County, the California Highway Patrol said.

The crash followed a concert by Turner at the Vina Robles Amphitheatre in nearby Paso Robles. The singer postponed the rest of his September tour dates following the crash, Universal Music Group Nashville said in a statement.

"Josh Turner and his road family have suffered a devastating loss," the statement said. "Please keep the crew, band and Josh in your thoughts and prayers."

Turner's crew was heading to Yakima for a Friday performance at the Central Washington State Fair.

Two occupants were ejected from the bus, which was towing an equipment trailer.

The cause of the crash off the 50-foot cliff is under investigation, the San Luis Obispo Tribune reported.

The bus left the road for unknown reasons then continued along a dirt shoulder before smashing through a fence and plunging off the cliff, the CHP said. The bus landed upright in a dry riverbed.

Turner, 41, is known for country and gospel hits including "Your Man" and "Would You Go with Me." His latest album "I Serve a Savior" was released in 2018.