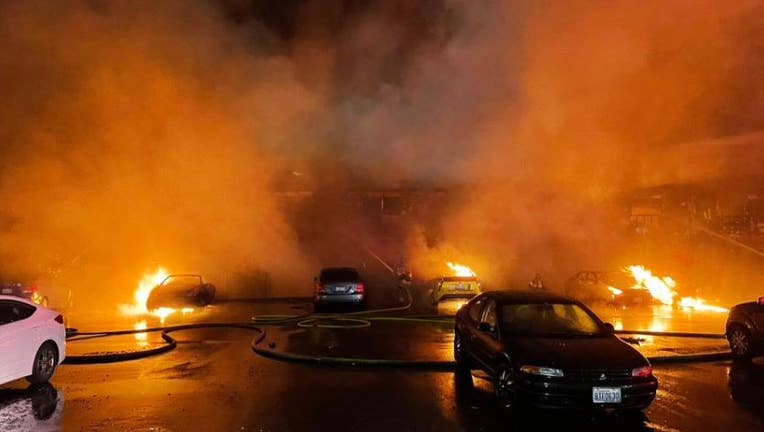 SEATAC, Wash. - Investigators now believe the cause of the fire at Hanover Apartments in SeaTac is arson, according to the Puget Sound Regional Fire Authority.

Four people, including an infant, were taken to the hospital with injuries after the fire broke out around 11:30 p.m. Saturday.

As of Monday, the baby was discharged from the hospital. One woman is in satisfactory condition and a man is in serious condition, compared to his earlier critical condition.

In all, the Red Cross is now assisting about 85 individuals who are now displaced.

The building is destroyed, and several cars are left charred and melted in the parking lot.

A suspect is in custody at King County Jail. This person is believed to have lived in one of the apartments.

Fire crews will continue to investigate.