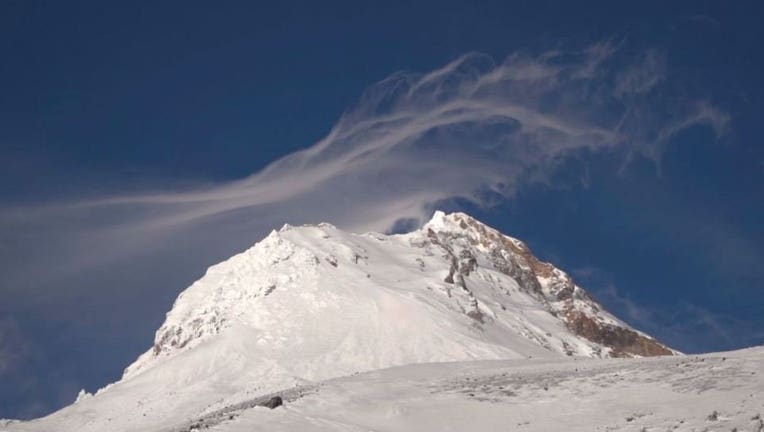 OREGON CITY, Ore. - A climber died and another was in critical condition Monday night after falling on Mount Hood, according to the Clackamas County Sheriff’s Office.

The two climbers fell about 200 feet (60 meters) in the Leuthold Couloir area of the mountain late Sunday. Both climbers were injured.

One called 911 and the sheriff’s office launched a rescue mission. Deep snow, threat of avalanches and high winds slowed the teams. They got close to the climbers late Sunday night but were forced back due to avalanche danger, KATU reported.

They set out again early Monday, this time with more rescuers, including an Oregon Army National Guard helicopter. One team reached the summit and descended to the climbers and found that one was dead.

The sheriff’s office said they had to leave the dead climber on the mountain until conditions improved.

Using ropes, a litter and a snowcat, rescuers got the injured climber to Timberline Lodge just before 7 p.m. Monday. The climber was flown to a hospital.

The sheriff’s office has not released the names of either climber.