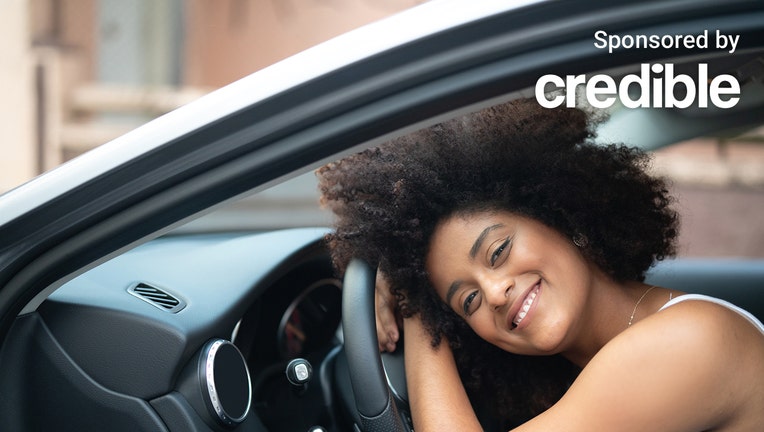 Americans with lower credit scores are paying significantly more for their auto insurance compared to those with more favorable scores for the same coverage, according to a new study. (iStock)

Your credit score can be a significant factor into how much you're paying for car insurance, according to a study from The Zebra.

The company's analysis of how credit scores affect insurance rates found that even if drivers have identical driving records, those with "very poor" credit are paying far more than those with "exceptional" credit. The study found that there's a $1,537 average difference (114%) between drivers at the two ends of the credit spectrum for the exact same policy.

"In other words, as far as insurance goes," the study said, "it’s more expensive to have bad credit than it is to have committed even the worst traffic violations."

If you're looking for ways to save money on your car insurance, visit Credible to see what insurance rates are available to you without affecting your credit score.

The average rates of car insurance by FICO credit tier

Moving up one credit tier by way of an improved credit score, according to The Zebra's study, could save drivers an average of $384 (17%) on their car insurance. Some savings could be as high as 24%, too.

Take a look at the average price changes by credit tier in the chart below: 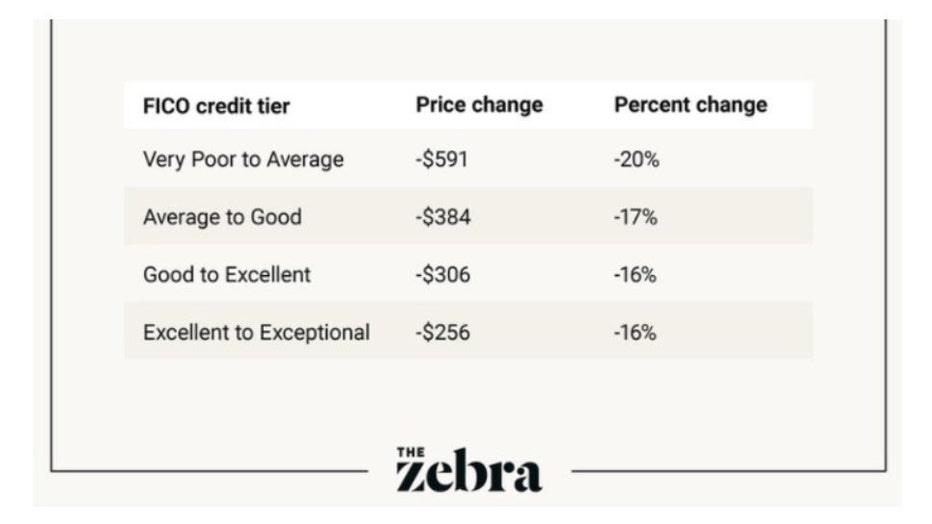 J.D. POWER SURVEY SAYS THIS IS THE UNEXPECTED CONSEQUENCE OF RISING VEHICLE PRICES

Your state's effect on how credit score impacts insurance rates

Most states across the country can consider a consumer's credit score when determining their rates, although five (California, Hawaii, Massachusetts, Michigan and Washington) have banned doing so, according to The Zebra.

For example, a driver in New York could see a rate of increase of more than 200%, according to the study, if their credit dropped significantly from "exceptional" to "very poor." An Empire State driver's cost might be $1,435 with "exceptional" credit, and $4,404 if that credit is "very poor."

Disregarding the states that don't take credit score into rates consideration, North Carolina had the lowest payment difference between the lowest and highest credit tier payments, at just over 35%.

If you are trying to lower your car insurance premium, contact Credible to speak to an auto insurance expert and get your questions answered.

3 ways to save money on car insurance

Consumers who are looking to reduce their car insurance payments have several options to consider in order to do so. Here are a few:

The Zebra's study shows the importance of maintaining favorable credit, and how it can significantly improve a driver's car insurance cost. Consumers can improve their credit score in a variety of ways, which include paying down debt, making on-time monthly payments and keeping older accounts open to show a lengthier credit history. Visit Credible to check out its free credit monitoring.

Buying a used car instead of a new car doesn't just help a driver save because of the initial sticker price. It also lowers the cost of car insurance. Typically, according to The Zebra, the cost of insuring a used car is about $18 less per month than it is for that same vehicle's new model.

Since car insurance companies offer numerous discounts – like student, safe driver and military – one insurance provider might suit a driver's needs more than another. Your policy's cost also depends on several factors as well, like how much you drive and your driving record.