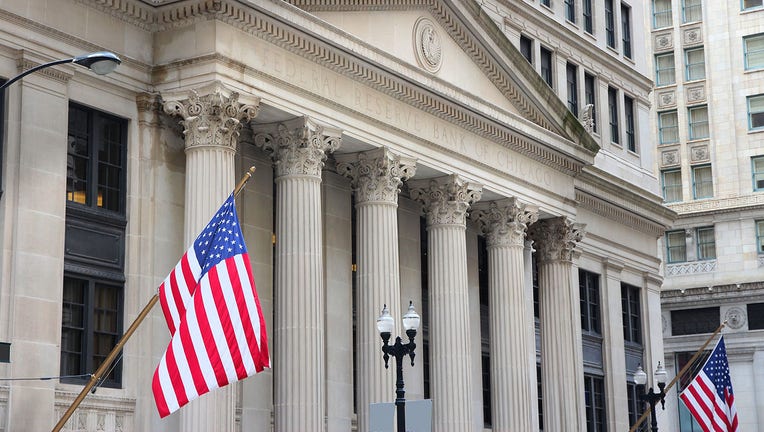 Progressives led by AOC are urging Biden to appoint a new Federal Reserve Chair with a focus on regulation and global climate change. (iStock)

Powell, appointed by President Donald Trump in February 2018, is coming up on the end of his term in February 2022. Biden will soon need to decide if he plans to re-appoint Powell or choose someone new for the economic post. Reps. Rashida Tlaib (D-Mich.), Ayanna Pressley (D-Ohio.), Mondaire Jones (D-N.Y.) and Jesús García (D-Ill) also joined Rep. Ocasio-Cortez in releasing Tuesday's statement.

"As news of the possible reappointment of Federal Reserve Chair Jerome Powell circulates, we urge President Biden to re-imagine a Federal Reserve focused on eliminating climate risk and advancing racial and economic justice," they stated. "This consequential appointment has the potential to remake the composition of the Board of Governors."

Over the past year, many homeowners have taken advantage of low-interest rates to refinance their home loans. If you want to save money through a mortgage refinance before possible changes in the Fed’s leadership, visit Credible to find your personal interest rate.

FED CHAIR POWELL SAYS INFLATION SURGE WILL BE TEMPORARY: HERE'S WHAT IT MEANS FOR INTEREST RATES

"While the Federal Reserve has made positive changes to its approach to full employment reflected in the new monetary policy framework, our concerns with Chair Powell’s track record are two-fold," the statement said. The first concern was not economic related.

"Under his leadership, the Federal Reserve has taken very little action to mitigate the risk climate change poses to our financial system," the statement continued. "To illustrate, the Federal Reserve received a D- rating for its approach to climate risk policies from Positive Money’s Global Central Bank Scorecard, placing it at the bottom of the G20 Central Banks. At a time when the Intergovernmental Panel on Climate Change is warning of the potential catastrophic and irreversible damage inflicted by a changing climate, we need a leader at the helm that will take bold and decisive action to eliminate climate risk."

The second concern Rep. Ocasio-Cortez had with Powell is what she sees as a lack of focus on regulations.

"Secondly, under Chair Powell the Federal Reserve has substantially weakened many of the reforms enacted in the wake of the Great Recession regulating the largest banks, including capital and liquidity requirements, stress tests, the Volcker Rule and living will requirements," the statement said. "During the 2008-financial crisis, millions of Americans lost their homes and jobs, and many have failed to fully recover. Weakening financial regulations that were specifically created to prevent such a disaster from happening again, risked the livelihoods of Americans across the country. To move forward with a whole of government approach that eliminates climate risk while making our financial system safer, we need a chair who is committed to these objectives. We urge the Biden administration to use this opportunity to appoint a new Federal Reserve chair."

Despite this criticism, Powell has had received from many at high levels. For example, U.S. Treasury Secretary and former Federal Reserve Chair Janet Yellen told senior White House advisors that she supports reappointing Powell to a second term as chair.

Yellen holds nearly two decades of experience at the Fed, and her backing of Powell could hold significant weight.

People familiar with the matter say Biden is likely to make his final decision near Labor Day.

Even if Powell remains at the helm, interest rates are likely to begin rising soon. If you are interested in taking advantage of low interest rates today, consider taking out a personal loan to consolidate high interest debt and lower your monthly payments. Visit Credible to get prequalified in minutes without affecting your credit score.

GDP REVISED UP FOR Q2 TO 6.6%: WHAT THAT MEANS FOR INTEREST RATES