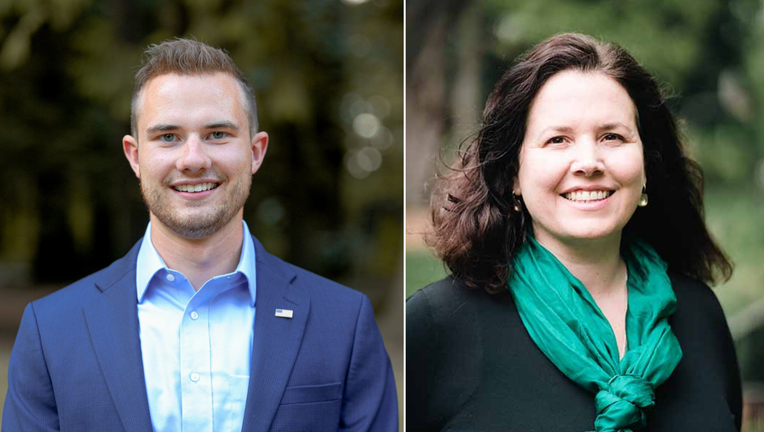 This district currently holds two House seats held by Democrats and the Senate seat is held by a Republican.

Sefzik, of Ferndale, currently holds the seat after he was appointed in January to serve the remainder of the late Republican Sen. Doug Ericksen’s term.

Ericksen died in Dec. 2021, weeks after he said he had tested positive for COVID-19 while in El Salvador. No information has been released about where Ericksen died or whether Ericksen died of COVID-19.

Sefzik worked as an operations and logistics coordinator for Nomi Health in Denver, according to his resume provided to the county council. His resume also shows he worked in different capacities for the White House from 2020 to 2021 and the U.S. House of Representatives in 2019.

At 22, Sefzik is the youngest current senator, according to a state Senate Republican spokesperson.

Shewmake, of Bellingham, was the state representative for District 42-Position 2 and vacated her seat to challenge Sefzik.

In her candidate statement, Shewmake said her priority is to get the "economy back on track so everyone has an opportunity for a good life: affordable homes, good jobs, quality healthcare, and keeping Whatcom County a great place to live and raise a family."

According to the Seattle Times, the race has attracted more than $1 million in campaign donations, plus massive outside spending.